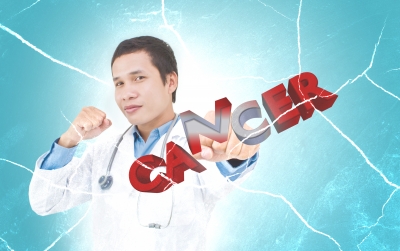 Melanoma is a type of skin cancer originating from melanocytes (cells that make pigments in our skin). This rare form of skin cancer invades surrounding tissues more often than non-melanoma cancers. The 5-year-survival for this cancer is 91.5%. In 2012, there were about 996,587 people in the United States with melanoma. It is expected that there will be an estimated 73,870 new cases this year.

Standard treatment options for advanced melanoma include immunotherapy, signal transduction inhibitors, chemotherapy, and palliative local therapy. Yervoy (ipilimumab) and Keytruda (pembrolizumab) are immunotherapies that were approved within the past few years. Yervoy is a first-line treatment for advanced melanoma. It is a cytotoxic T-lymphocyte antigen 4 (CTLA-4)-blocking antibody that works by increasing T-cell (a part of our immune system) responsiveness toward the cancer cells.

Keytruda is a human programmed death receptor-1 (PD-1)-blocking antibody that keeps the PD-1 receptors on T-cells from being activated. Therefore, Keytruda blocks the programmed cell death of T-cells and increases the anti-tumor immune response.

The authors concluded that Keytruda significantly improves survival with fewer severe side effects than Yervoy in patients diagnosed with advanced melanoma. Due to the overwhelming data supporting the superiority of Keytruda over Yervoy, the independent data and safety committee suggested to stop the study early so patients taking Yervoy may receive Keytruda instead.

Opdivo (nivolumab), another PD-1 blocker is also being compared to Yervoy. The Phase II trial compared Opdivo plus Yervoy versus Yervoy alone in patients with untreated advanced melanoma. In this small study 61% of patients treated with Opdivo plus Yervoy experienced objective response rate compared to 11% response in patients who received Yervoy monotherapy. Larger studies are needed to confirm the benefits of Opdivo compared to the gold standard Yervoy. Perhaps in the future there will be studies comparing the effectiveness of Opdivo versus Keytruda in treating melanoma.

More than Moles: Some Shocking, Surprising Signs of Skin Cancer