Join Now For Free! Login
Close
Why A Nurse Should Be Nominated To The Supreme Court | Tim Fish, DNP, MBA | RxEconsult
Menus 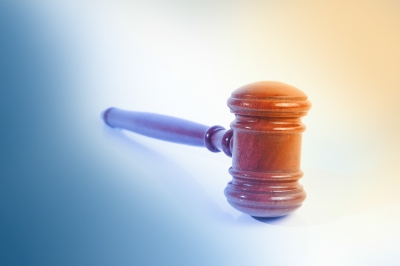 Selecting a Supreme Court justice can impact US policy for decades. The President and the Senate need to select candidates carefully but also think out-of-the-box. A Registered Nurse in the Supreme Court would certainly bring an interesting perspective and be an out-of-the-box solution! Is this realistic? Why a nurse? Are there any qualified RNs ready to take the role?

All Supreme Court justices have had some type of law background and most have served as judges. Of the 112 justices in US history, 40 did not have prior experience as a judge. Richard Nixon nominated the last two non-judge justices in 1972 (W. Rehnquist and L. Powell). The American Association of Nurse Attorneys (TAANA) was asked for comment on the existence of judges with nursing backgrounds, however, no response was received. Additionally, a prominent California nurse and attorney was consulted who indicated that if there is one, he or she would likely be an Administrative Law Judge (ALJ) rendering judgments on social security, SSDI, and licensure issues. An ALJ has limited power with no jurisdiction in areas of life, liberty, and property. This is not a compelling pathway to the Supreme Court.

There are several reasons a nurse would make a good justice. A seasoned and educated RN has had vigorous training in an organized approach. Whether the “patient” is an individual person, a family, or a community, the approach is the same. Simply referred to as the “nursing process” the RN solves problems through careful assessment, diagnosis, planning, implementation, and evaluation. Certainly the complexities of cases brought before the court will require this type of process thinking to render fair judgment. Traits often ascribed to nurses include compassion, wisdom, sense of purpose, methodical, tenacious, and empathy. Great nurses know how to apply the beneficial aspects of these traits along a continuum; treating the immediate conflict, understanding how the conflict happened, and identifying preventative measures for the future. A Supreme Court justice should be fair and just, wise, and have their country’s best interest in mind by being compassionate, tenacious, and methodical, just like many respected nurses already are.

There has been a healthcare professional on the Supreme Court. Samuel Freeman Miller was a non-judge, private practice, physician, and attorney. He was nominated by Abraham Lincoln and served from 1862-1890. It took the Senate a half an hour to confirm his nomination. Given the lack of healthcare professionals on the Supreme Court in the past, it may be difficult for the President to know where to begin searching for a nurse to nominate if his current nominee, Merrick Garland is not confirmed by the Senate. Nurses that are attorneys, business leaders, or politicians are three good places to begin a search. To assist the president to develop his list, the following individuals could be considered: