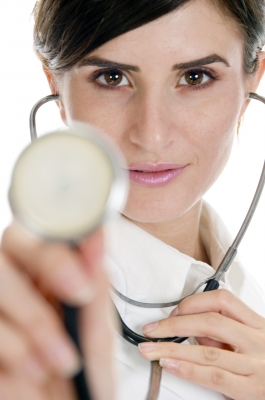 By Brea Edherue
Despite having one of the most expensive health care systems in the world, the United States has some of the world’s worst health outcomes. Why? One explanation is the number of health disparities in the US. The National Institute of Health (NIH) defines health disparities as “gaps in the quality of health and health care that mirror differences in socioeconomic status, racial and ethnic background, and education level”. Health disparities in the US are a growing concern. The combined cost associated with health inequities has reached a staggering 1.24 trillion dollars.
Health disparities negatively affect the overall health of certain populations in the US making the entire healthcare system inequitable. Researchers have concluded that a person’s gender, geographical location, income, and race has a greater impact on a person’s health than genetics alone. Health care costs associated with health disparities are stifling economic growth. And as the demographics of America changes it is critical we address health disparities. Here are 10 factors that contribute to health disparities in the US.
Economic Status: Lower socioeconomic groups are a vulnerable population. They are less likely to have adequate health insurance and also less likely to have regular primary doctor visit.
Level of Education: Persons with higher levels of education more likely able to afford health care coverage and have adequate health insurance. Persons with higher levels of education are also more knowledgeable about health related issues and seek preventative health care.
Geography and Neighborhood: Within one California zip code a study concluded that residents live on average 71.2 years to 87.4 years depending largely on the individual’s wealth and overall security. That is a 16-year difference in life expectancy due to level of income.
Environmental Hazards and Pollution: Persons living regions with high pollution, such as next to a toxic waste area, are more susceptible to certain types of health related issues. Those persons living in extreme weather conditions may also be at greater risk.
Stress: Stress is a contributing factor to health in general so it's no wonder that it stress is also a source of health disparities.
Lower-quality health care: There are geographic differences in availability and access to health care resources. For examples, residents of rural areas may not receive adequate care because they live in underserved areas with shortages of specialists and primary care physicians.
Inadequate access to care: Many Americans have inadequate health care coverage, which inhibits access to care. Certain populations such as the elderly or those with chronic illnesses may not have adequate health insurance.
Unfamiliarity with the health system and lack of knowledge: Most Americans do not understand our complex health care system which prevents them from obtaining proper coverage. According to researchers at Carnegie Mellon University only 14 percent of 202 American adults understood the basic concept of health insurance.
Provider bias due to cultural differences and lack of communication: When there are language barriers or other cultural differences between providers and patients communication may become challenging and healthcare delivery is impacted.  According to the United Health care group 1 in 5 Hispanics do not seek medical care due to language barrier.
Other: Other contributors to health disparities include personal preferences, personal beliefs, and religion.
References
Health Disparities Information - Trust for America's Health.
Health Disparity Statistics
NIH Loan Repayment Programs: Health Disparities Research
Schassler, K. US health disparities a growing concern - News - West Hartford News.

Brea Edherue is a Health Administration and Public Policy graduate from UMBC. She currently works at a private health company and plans to pursue a master’s degree in health administration.