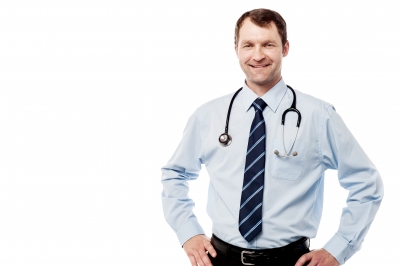 What is Farydak and its mechanism of action?

Farydak is a histone deacetylase (HDAC) inhibitor. Normally, DNA wraps around histone proteins. When acetylated, DNA is less structurally condensed, leaving room for transcription complexes to attach and start making more copies of the DNA. HDACs are responsible for removing these acetyl groups from DNA, leading to more densely packed DNA that a is less accessible for transcription complexes and fewer copies of DNA are made. Although the exact mechanism of HDAC’s anti-tumor activity is unknown, it is thought that by blocking the HDAC, HDAC inhibitors are able to increase the transcription of a protein called p21. The p21 protein is responsible for promoting cell cycle arrest. As more p21 proteins are made, the overgrowth of cancerous cells is slowed and cell death ultimately occurs. Cancerous cells are more sensitive to HDAC inhibitors than normal cells.

What is Farydak used for treating?

How effective is Farydak for treating multiple myeloma?

In a clinical study in patients with relapsed multiple myeloma and 1 to 3 prior lines of therapy, 768 patients were randomly assigned to receive either the combination of Farydak 20 mg orally, bortezomib 1.3mg/m2 IV, and dexamethasone 20 mg orally or the combination of placebo with bortezomib 1.3mg/m2 IV, and dexamethasone 20 mg orally. Treatment was administered 3 times per week in Weeks 1 and 2 of each 21-day cycle, for a maximum of 16 cycles (48 weeks).

What are side effects of Farydak?

What is the dosage of Farydak?

Strong CYP3A4 inducers  will reduce the concentration and effectiveness of Farydak. Examples of such drugs include carbamazepine, phenytoin, and rifampin. Avoid concomitant use of Farydak with these medications.

Farydak also inhibits CYP2D6 causing an increase in concentration of drugs broken down by CYP2D6 enzymes. Patients should consult their doctor or pharmacist before using Farydak or starting any new medications while taking Farydak.

Anti-arrhythmic drugs, such as amiodarone, procainamide, quinidine, or medications that can affect heart rhythm , such as clarithromycin, methadone, moxifloxacin, should not be combined with Farydak.

What are warnings and precautions for Farydak?

Farydak can cause serious side effects. It is important for patients to contact their healthcare providers immediately  if any of the following side effects occur:

It is not known whether Farydak will pass into breast milk. Women should be discontinue breast-feeding or discontinue Farydak.

What is the cost of Farydak?

The average wholesale price for each pill is $1,372.00. Novartis, the manufacturer of Farydak, offers patient co-pay assistance and a patient access program to help eligible patients with the cost of treatment. Visit Novartis Patient Assistance Now for more information.