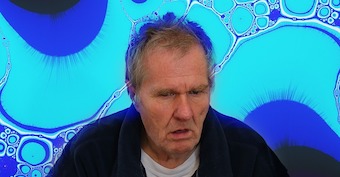 Parkinson’s disease is caused by problems in the dopamine system located within the substantia nigra, a structure within the brain that controls the reward and movement aspects of the body. The disease is described as a “neurodegenerative disease”, meaning there is a loss of structure and function within the neurons in the brain.

The main symptoms of Parkinson’s disease are tremors, bradykinesia, and rigidity. These three manifestations are related to motor skills and they cause significant problems. This is especially true for the elderly, since these symptoms can lead to an increased fall risk, which may potentially be fatal. Another manifestation to note is postural instability, which occurs much later in the disease’s progression.

Tremors are trembling-like movements that occur when the body is at rest. This is also described as “pill-rolling” behavior. Tremors can affect the legs, hands, jaw, tongue, and sometimes the head. It is important to note whether the tremors occur at rest or whether they are more prevalent at rest and almost disappear with meaningful movement This is important because tremors presenting with movement may be a sign of Multiple Sclerosis, another serious disease that is very debilitating with its own treatment regimen. Tremors usually begin in one hand. As the disease progresses the other hand will become involved.

Bradykinesia is the slowing of movement. It is one of the first symptoms experienced by Parkinson’s patients. It usually begins at the fingers and it involves weakness, clumsiness, incoordination, or lack of finely tuned motor skills. Patients will have problems buttoning up clothes, using a fork, or typing on a computer. Eventually, it makes its way to the legs, where trouble with walking, difficulty standing up and leg dragging manifests. As the disease progresses, complete freezing or shuffling may occur. This is one of the more debilitating symptoms of Parkinson’s, leading to decreased mobility and increased fall risk.

Rigidity is described as resistance to natural movement that normally occurs without effort. It is a common symptom that occurs in 75-90% of individuals with Parkinson’s disease. It begins unilaterally first, eventually spreading contralaterally as the disease progresses. Noticeable signs of rigidity are seen when a patient is walking, as their arm swing decreases and may also showcase as stooped posture, or a forward leaned stance. Similar to bradykinesia, the movement is altered as the disease progresses, and may lead to difficulty walking with problems like frequent hesitation and even freezing.

Postural Instability is an impairment of postural reflexes, which leads to imbalance and an increased tendency to fall. This symptom arises later in the disease’s progression but potentially has the most negative impact. It is diagnosed with the pull-test, where the doctor pulls the patient by the shoulder and observes the patient's balance. Patients with postural instability will have difficulty keeping their balance.

People with Parkinson's disease may have difficulty blinking, smiling or swinging their arms while walking.

Parkinson's disease may cause speech problems such as speaking quickly, softly, slurring or hesitating before talking. Some people also speak in a monotone.

Some non-motor symptoms that are common in Parkinson’s are sleep problems, fatigue, dementia, GI distress, and pain. These symptoms cause significant distress to the patient and may even be a bigger problem than the motor problems associated with Parkinson’s.